Church at the Well is excited to partner with the Vermont Refugee Resettlement Program (VRRP) to collect gently used items needed by incoming refugees, especially winter outerwear for adults and children (hats, gloves, scarves, jackets, etc.). You can find read more about how to contribute at the bottom of this post. Meanwhile, we reached out with a few questions to Anna Wageling at the VRRP to learn a little more about the refugees in Chittenden County—where they come from, what they are fleeing, and what life is like for them in Vermont. 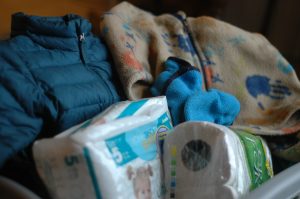 How many refugees have been settled in Vermont?

In the 20+ years since the US Committee for Refugees and Immigrants in Vermont (USCRI VT) began resettling refugees and asylees, we have welcomed roughly 8,000 people.

Wow, that’s a lot! How many were settled this past year?

From October 1, 2017 to September 30, 2018 (the federal fiscal year), we welcomed 133 new people into Chittenden County through our program. This is a fraction of how many people have been resettled in previous years (350+). The future of our program is uncertain with the current administration. We are hoping for higher numbers this year, but we never know exactly how many people will come.

What is the definition of a refugee, and what does the process of becoming a refugee look like?

A refugee is a person forced to flee their home country to escape persecution, war, or violence. Essentially, to be a refugee, you must cross an international border and register as a refugee through a formal process. An asylum seeker is also seeking international protection from dangers in his or her home country, but whose claim for refugee status has not been legally determined. Some of our clients come here and seek asylum, then it is granted, making them an asylee. An immigrant is someone who makes a conscious decision to leave his or her home and move to another country with the intention of settling there. 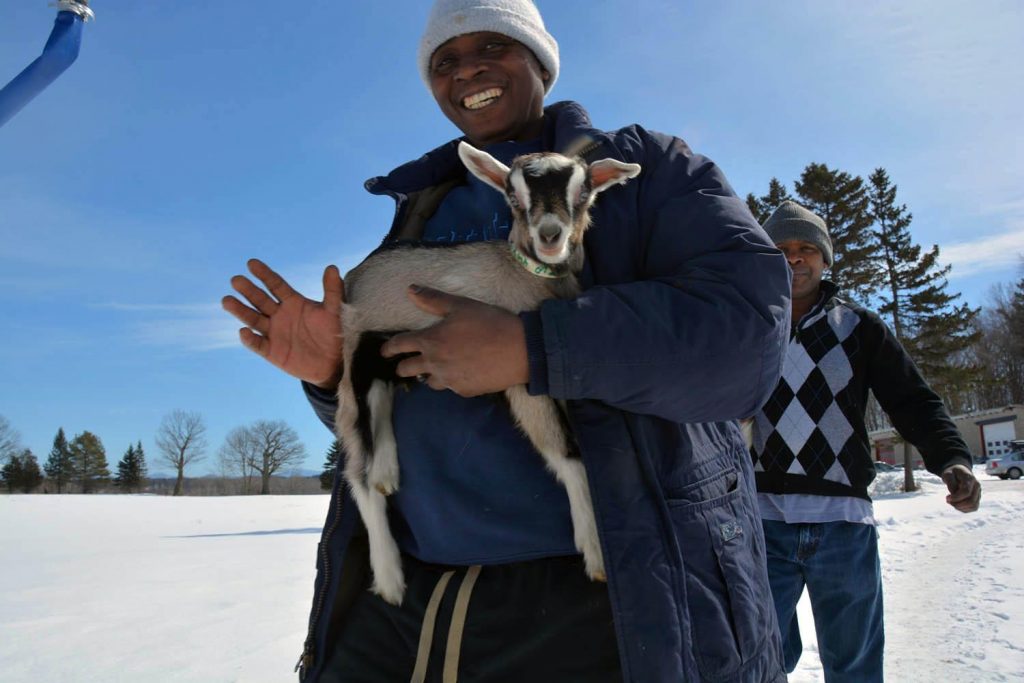 Theogene Mahoro, a Rwandan refugee who recently joined the Vermont Goat Collaborative at Pine Island Farm in Colchester, is one of three refugees raising goats to meet his community’s demand for the meat. Photo by ANGELA EVANCIE VPR

I’ve heard it can take a long time for a refugee to be settled. On average, how long do refugees spend in a camp abroad before being settled in Vermont?

The average time spent in a refugee camp before having the opportunity for resettlement is 17 years, but that is just the average. The process for applying to be resettled (with the United States government, specifically) takes 18–24 months.

Which countries are refugees coming from, and what exactly are they fleeing?

Refugees being resettled and those granted asylum in Vermont currently are originally from: Democratic Republic of Congo, Bhutan, Burma, Iraq, Syria, Rwanda, Republic of Congo, and Somalia. Everyone is fleeing war or persecution in their home countries, which makes it unsafe or impossible to return. We are known as a site for resettling [refugees from] these countries, while Minneapolis is known for the Somali community or Dearborn for the Iraqi community. This is done so when new people arrive, there are other people who speak their language, follow the same customs, and can help with adjustment.

I imagine refugees arrive in Vermont speaking a variety of languages. Which ones in particular do they speak?

The most popular languages our clients speak are Swahili, French, Nepali, Burmese, Karen, Arabic, Kinyarwanda, Lingala, Somali, Maimai, and many more ethnic languages spoken in their region of the country. Many people speak three or more languages.

When it comes to working, what percentage of resettled refugees find employment, and what kinds of jobs have they typically found?

Over 95% of employable adults find adequate employment by the time they reach their 90th day in the United States.Most jobs are in manufacturing, but others include hotels, restaurants, universities, and hospitals.

What is the hardest part about life in Vermont for refugees?

Usually the toughest challenges are adjusting to winter and finding affordable housing.

Our clients speak of living in one of the most welcoming communities. In addition, there are many employment opportunities that allow growth.

How to Contribute to the Refugee Donations Drive

Please bring gently used winter outerwear (coats, hats, gloves, etc.) and/or any items on the VRRP wish list below to a Sunday service between now and December 2nd, depositing items in the laundry bins in the Lake Lobby at Main Street Landing. If you want to help get word out, feel free to share this blog post on social media or your front porch forum, especially if you are willing to be a connecting point for items area folks who don’t attend Church at the Well would like to donate. Thanks for contributing!

I was a stranger and you welcomed me. I needed clothes and you clothed me.

If you’d like to learn about volunteer opportunities with the VRRP, email volunteer@uscrivt.org. 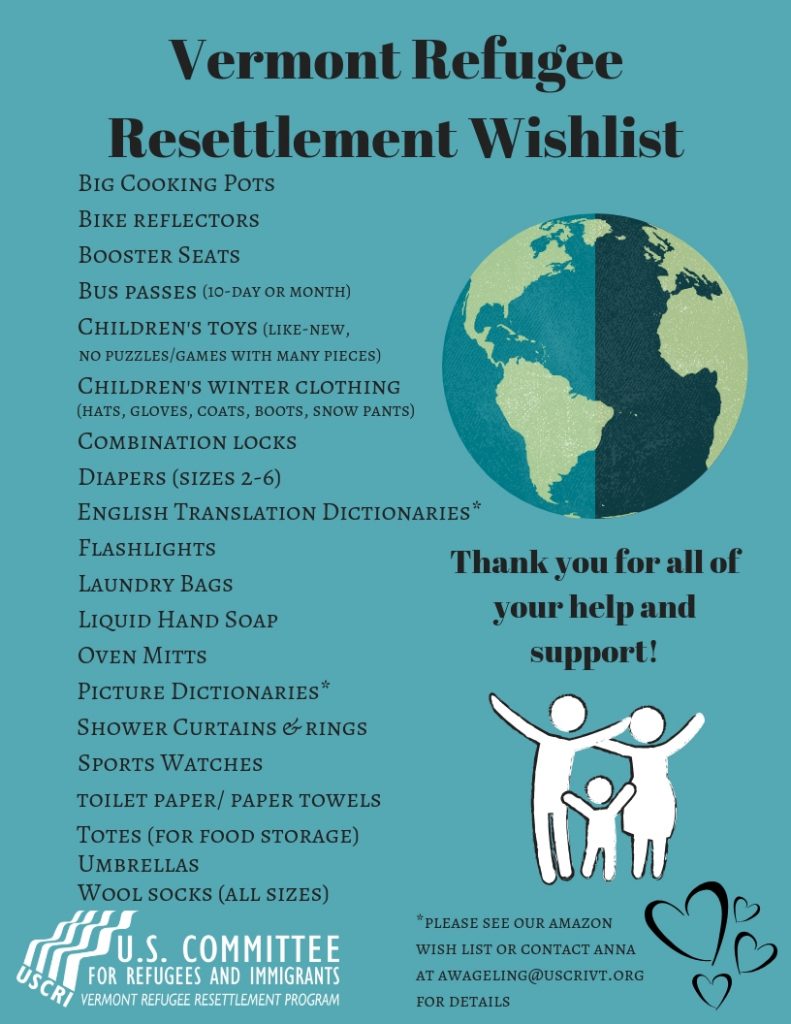