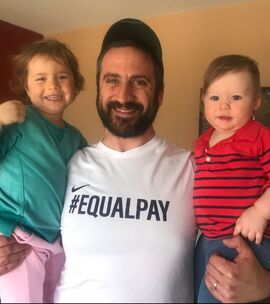 Keegan with his kids

In 2019, Keegan Albaugh founded the Dad Guild, a Burlington-based non-profit helping Dads connect with one another to share their experiences in mutual support. Over 500 area Dads participate in Dad Guild offerings, which include playgroups, Dads’ Day/Night Out, Dads’ Walk, Zoom check-ins, Marco Polo groups, peer support bonfires, and a “warmline” (i.e., hotline) for stressed Dads who want to talk with someone or just need a few good recipes. Church at the Well featured Dad Guild as the recipient of our 2021 Year-End giving campaign.

Church at the Well: Thanks, Keegan, for speaking to us in person in December, and online here. To start off the conversation, could you tell us in a nutshell how you came to start Dad Guild?

Keegan Albaugh: After the birth of our first child back in 2016, I was just so excited about everything fatherhood-related. I was pretty eager to connect with other dads in the area, and quickly learned that the number of fatherhood-specific offerings were few and far between. I wanted to see more efforts that engaged fathers in our community, and after speaking to a handful of other fathers, I realized I wasn’t the only one looking for community.

As a Dad who cares about other Dads, what are you noticing that Dads need and want in order to be good fathers?

A lot of dads out there are looking for community and connection. They’re looking to take their kids to the playground, knowing a handful of other guys will be there. They’re looking for a network of caring fathers they can turn to when they have a question, whether it’s asking what activities to do with their children or how to resolve conflicts with their partners.

What else do you think Dads are looking for?

That piece around connection. It’s so common in today’s world for men to isolate and not have meaningful conversations and connections with other guys. I’ve been amazed at how quickly fathers open up to one another, and then express how meaningful the interactions have been for them.

Traditionally in our society, raising children has been seen as “women’s work.” There’s been a lot of progress over the past few decades in regard to reversing this norm, and there’s still a long way to go. Predominantly, mothers continue to be the ones going to playgroups, attending classes, reading and writing blogs, and doing just about everything else parenting-related. Specifically targeting fathers really brings them into the parenting world, and helps speed up that gender inequity commonly found in households in regards to parenting. 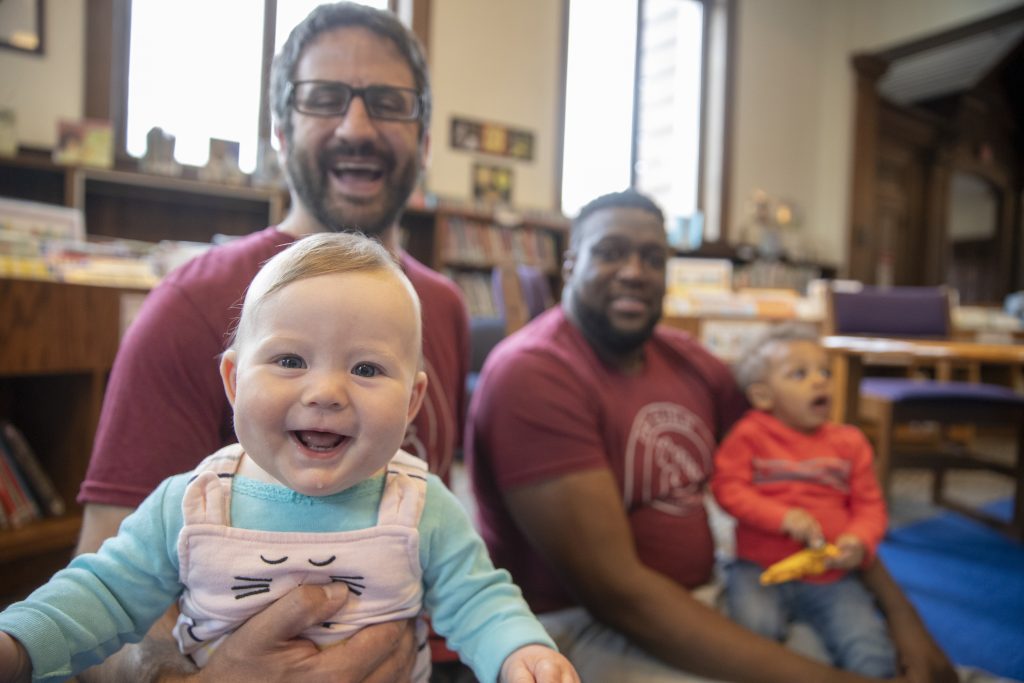 Are there any false narratives that inform modern American fatherhood which you would like to call out?

Ha! Oh man. Any time I see an advertisement that paints fathers as a bunch of Homer Simpsons I just shake my head. I saw a viral video the other day about dads who tailgate in the Target parking lot while their wives do the shopping, and they’re just making a joke of it. Meanwhile, I’m like, “Dude, you guys gotta go inside and help pick out kids’ clothes, get school supplies, etc!” The bar is so low for dads sometimes.

Could you share a story about someone who has benefited from or grown in some way through connection with the Dad Guild?

We regularly offer different books groups. Last fall, we offered one on the book Consent: For Kids!, and a handful of dads participated in-person and/or engaged in conversations virtually. The book explored teaching children about body autonomy, and for most of the dads it was something they hadn’t really thought about teaching their kids. Several times, guys made statements like, “I’ve never really even thought about this stuff before.”

What is a dream you have for the Dad Guild?

I really want Dad Guild to play an instrumental role in developing a statewide fatherhood support network that includes community partners and organizations across the state of Vermont. I believe that by sharing resources, building awareness, and focusing on strength-based programming in different communities, we can really create something in Vermont that doesn’t exist elsewhere in the nation.

What is another dream you have for the Dad Guild?

As the organization grows, I really want to include fathers of children of all ages, and not just fathers of young kids, which is what we currently focus on. Fathers are all going through different milestones in their kids’ lives, and I want to make sure there are spaces for all of those folks.

I’m proud of the impact our organization has made on a shoestring budget over the years. According to a recent survey of Dad Guild participants, the number of dads folks felt they could turn to when they wanted to discuss fatherhood topics jumped from 2.5 people to 8.4. We’re connecting dads in meaningful, organic ways.

What is something you enjoy about being a father that you want to celebrate?

I absolutely love being surrounded by two tiny humans who radiate so much joy, energy, and positivity into their surrounding environment. Through the pandemic, their presence has really kept me going. And tickle time. That’s pretty rad too. 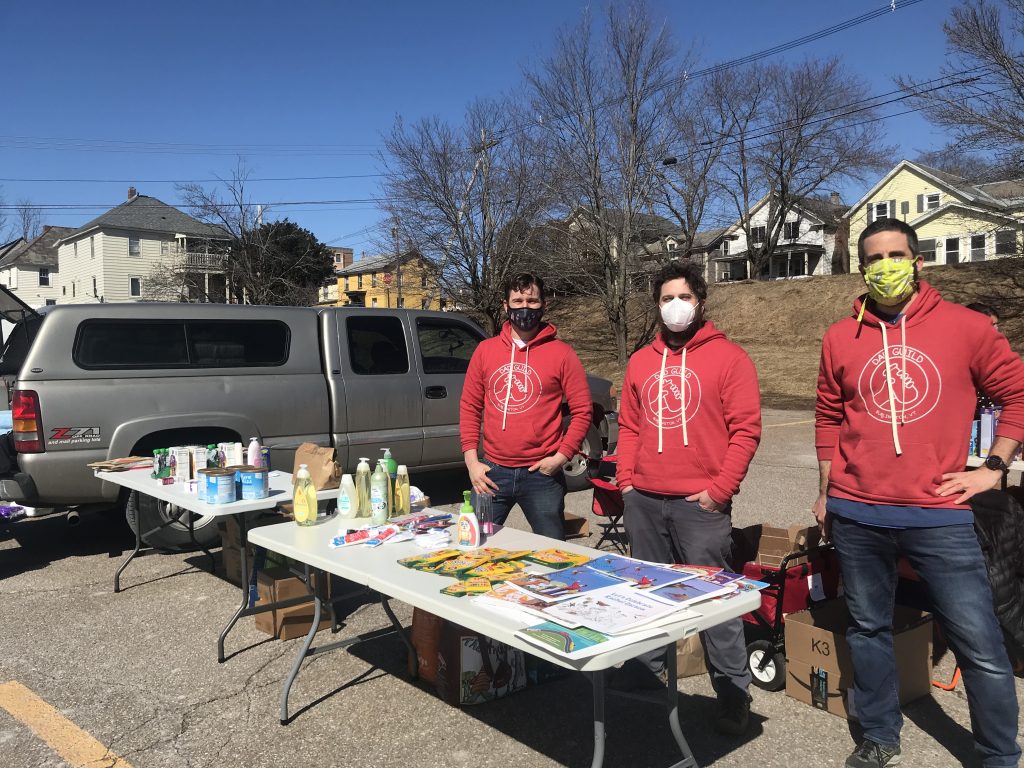 In December, 2021, Church at the Well dedicated its annual year-end campaign to benefit the Dad Guild, raising $3000 for the organization. We are pleased to support Dads and celebrate fatherhood through this partnership with the Dad Guild.

Find out more about the Dad Guild at www.dadguild.org.